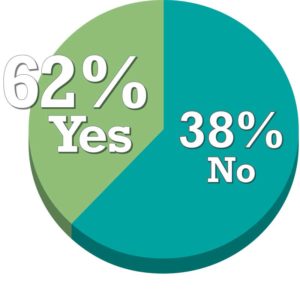 When it comes harnessing social media for professional uses like networking or research, readers were all for the various platforms.

“It is a way to keep up with colleagues and projects of which I might otherwise not be aware,” described an architect from Ontario.

“Cross-exposure to design challenges, sharing of knowledge, products and experiences,” said an architect from Saskatchewan.

“I like the immediacy of new products being available,” added a specifier from British Columbia.

However, the spread of misleading information was a huge issue to many respondents.

“The rapid way in which misinformation is spread and treated as the truth” on social media was concerning to an Alberta researcher.

“It has become an avenue of expression of all sorts of things and got corrupted. I purposely don’t expend as much time as used to on social media because of the superficiality and subjective character of most of the material posted,” said an Ontario product representative.

This was echoed by an architect from Saskatchewan. “Concern is misinformation, hard to know what is true and what is not. Truly annoying are ‘reviews’ of products or companies. It is very hard to trust those. Opportunities for promotion are there, but I prefer in-person contact (Well, I did, until COVID-19…),” she said.

Projects that make use of building information modelling

Do you personally use social media for professional uses like networking or research?

Aside from work/life balance, there were quite a few recurring themes when we asked what frustrated you at the office. Government red tape was a source of frustration for many participants. “Bureaucracy, slow response from other stakeholders in the business, lack of thorough review and input, decision-making or changes from others, developers knowingly asking for too much in terms of product and schedule,” said an Ontario-based architect.

His sentiments are echoed by a landscape architect. She says, “Not enough hours in the day. The bureaucratic speed at which change happens, never first adapters in government.”

Some of the respondents were not pleased with the workload. “I have more work than time to do it in, and overtime is not approved often,” said an architect from Atlantic Canada.

Equity between genders was another sore point. “Being taken seriously in the construction/design field as a woman. Also, the architecture salary is so low compared to our engineering or planning counterparts,” said an Ontario architect.

“Men and women are not treated equally, men are paid more and get better opportunities,” said an architect from British Columbia.

“Communication breakdown between head office and the field” was a challenge for a project manager from Ontario.