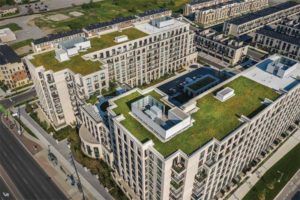 By Sasha Aguilera and Karen Liu

New flood maps show “100-year” floods will happen every one to 30 years. According to Western University’s flood maps, about four million Canadians live in floodplains that may be at risk in coming years or decades. These include major cities like Vancouver and Montreal. While floods are common in many parts of the world, climate change and rapid urbanization have exacerbated the problem.

The Government of Canada recognizes urgent climate actions are needed. In 2021, it announced $3.79 billion in new investments related to climate change adaptation and resilience in support of the National Adaptation Strategy. It also launched five Advisory Tables that recognize the importance of resilient natural and built infrastructure and its relationship to a strong and resilient economy.

You May Also Like  Designing vegetated roofs to survive winter