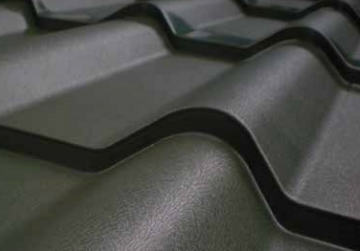 By Art Robinson
The design/construction industry’s efforts to save energy may have also inadvertently created a biological time-bomb. Leaps have been made in tightening buildings and making them more energy-efficient, but pollutants—such as moisture, volatile organic compounds (VOCs), and other gases—can build up to alarming concentrations. Both homeowner and facility managers are offered the allure of energy-saving design with tighter windows and doors, high-efficiency furnaces, and closed chimney ventilation. Although friendly on energy bills, owners are not always fully aware of potential health dangers associated with these improvements.

Creating tighter building envelopes has the potential to result in dangerous levels of toxic concentrations, especially in residential projects. The increase in tightness can result in preventing the escape of VOCs that have a profound effect on the quality of air consumed by occupants.

Pollutants can build up to alarming concentrations as a function of building tightness. While the Ontario Building Code (OBC) permits forced ventilation—the process of pulling in fresh air and extracting stale air—which prevents air stratification and reduces pollution concentration levels.

The procedure still often results in unacceptable indoor air quality (IAQ). If most make-up air (i.e. outside air vented in to replace exhausted stale air) is not filtered to remove smaller mould spores (i.e. 3 µm [0.12 mils]), the air is bringing in a constant new source of viable spores.

You May Also Like  The Six Ds of Decking: Waterproofing flat roof assemblies

Mould problems occur when spores are given the right environment to reproduce and form colonies. When such an environment is present, mould flourishes, continuing to grow until the colony runs out of food, warmth, or moisture.

Not surprisingly, unwanted water vapour comes from many sources including building exterior, cooking, showering, and even occupant exhaled air. In addition, leaks, pipe breakages, and foundation cracks allow water to penetrate the building structure, creating an ideal environment for mould and fungi growth.

Water entering the foundations and superstructures of buildings is the largest causal factor of mould contamination. Since the food source is stationary and readily available, controlling water becomes the most obvious method of mould control. In most cases, this is also cost-effective as structural issues from disintegration are also controlled. Usually prevention is most effective through specification of a mould-proof building material such as steel or concrete, or non-toxic surfaces coatings. In current Canadian residential housing, most common building materials are a good source of food for mould propagation.

Prevention and control
Coating materials during building construction make the best economic sense in the long term. Although some structural lumber is available pre-treated, these are costly and not always readily available and do require special care and treatment at the jobsite. Coating materials after the building has been framed is the most effective and cost-saving means.

The common method of preventing a mould problem is to control the moisture and/or the food source. Organic detritus, human skin cells, animal dander, hair, paper dust, and soil organics are all common elements serving as food for mould infestations. Control of mould based on these sources is a matter of efficient and regular maintenance preventing accumulation. New materials and methods have produced buildings with a minimum amount of organic material. This inhibits mould growth before it starts. While there are commercial coatings for organic materials to stop mould growth, many contain harmful toxic materials such as heavy metals, water-soluble salts (which can wash away), and chemicals, not only toxic to the mould, but also to humans and wildlife.

You May Also Like  Roof considerations for northern climates

Many common domestic products, including sodium hypochlorite (i.e. bleach), quaternary ammonia, and metallic salts, can destroy mould but are also toxic and can be harmful to those working or residing in the buildings. In fact, several mould remediation products currently available provide a caution—in the appropriate material safety data sheet (MSDS)—that eye, skin, and respiratory protection should be considered by those applying the product.

For example, some anti-mould emulsions available in North America, are described as harmful to aquatic organisms. They may also contain carcinogens and toxic substances such as diuron, diethylene glycol, and sodium hydroxide.

Control
Specifiers should only use coatings that are non-toxic and environmentally responsible with long-term stability. There is a type of commercial coating available that contains no toxins, but instead counts on silver to prevent mould from growing.

Silver has been used to control bacterial growth in such diverse items as medical dressings, sport equipment, and water containers. Ancient Egyptians used silver to line water carriers to keep the water sweeter over time. Europeans brought the practice of suspending a silver spoon in water wells to North America centuries ago to help keep the water quality acceptable.

Research shows the silver compound interferes with the DNA/RNA exchange of information in the nucleus of the cell, thus rendering mould growth impossible.

As the silver is never used up in reactions, it is always available and the product is guaranteed to prevent mould from growing on the surface of the coating for up to a decade.

Use of such a coating is suitable in residential areas including:

The coating can also be applied to concrete as it restricts algae growth and the carrier medium (acrylic resins) protecting the concrete. However, application of these types of coating will not be successful on constantly weeping walls/locations as the product cannot cure in place, and is water-soluble until cured.

You May Also Like  Code changes for functionality and accessibility

A financial reality
The unfortunate reality is mould can pose a huge financial danger to builders, manufacturers, material suppliers, and building owners. Legal claims from occupants of affected buildings are becoming more prevalent, with high settlements becoming common. With research-based advancements in technology, and the latest in preventative products, design/construction professionals, developers, and homeowners can rest assured proper planning and know-how helps make energy-efficient buildings safer for the environment.

Art Robinson is president of Environmental Building Solutions. He has more than 40 years of experience in education, environmental science, and microbiology. Robinson frequently contributes to workshops and seminars related to grow house remediation, mould prevention, and associated microbiological topics. He can be contacted via email at artr@sickbuildingsolutions.com.