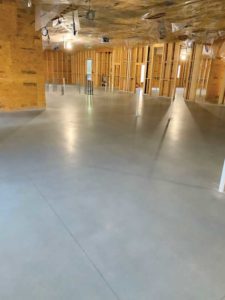 Recent efforts in North America to reduce embodied carbon in concrete are similar to British solutions to eradicate cobras in colonial India. Simple solutions often create bigger problems than the complex ones they were trying to solve.

The story goes that once upon a time in colonial India, British government officials were tasked with reducing the population of the venomous cobra. They chose to institute a bounty on all the poisonous serpents. While some of the population searched under houses and in bushes to find these creatures, others saw a business opportunity and established cobra farms to maintain a more consistent supply of snakes. Upon discovering the entrepreneurial response to this reward system, the colonial government ordered a halt to the snake bounty. With no economic incentive to keep the cobras, the farmers released them—leaving more snakes in India than prior to the start of the British bounty.

Concrete is similarly suffering from too simple solutions in solving the complex problem of reducing embodied carbon. Many well-meaning design and construction professionals have adopted the atomistic approach of simply removing cement and replacing it with supplementary cementitious materials (SCMs), such as fly ash, granulated blast furnace slag (GGBS), or limestone rich cement recipes such as Portland Limestone Cement (PLC). These materials behave differently than cement, possess different alkalinities, and do not react to temperature or water in the same way as Portland cement (PC). Perhaps less known is how cement itself changed just three to four years ago with Environmental Protection Agency (EPA) regulations requiring cement kiln dust (CKD) waste to be recycled into batches of new concrete. Almost overnight, cement went from being low alkalinity to high alkalinity, further changing concrete and its behaviour.

You May Also Like  Sustainable Roofs: What does “green” really mean?

All these material changes to concrete have greatly increased water demands during curing, and unless compensated for, create poor quality, highly permeable concrete. However, the vast majority of architecture, engineering, and construction firms have not compensated for these material changes to concrete. They have not updated their approach to documentation nor installation. As a result, millions upon millions of cubic feet of concrete do not get enough water, creating matrixes already in need of repair immediately after it is placed. This remedial work is not only expensive and time consuming, but undermines the very effort to be sustainable. Luckily, it is possible to adjust specifications and on-site execution to not only to compensate for these new water demands, but also to further cement and embodied carbon reduction while making strong concrete.